MetroMap’s 3D reality mesh and 2D high-resolution aerial imagery have crossed into the entertainment space, featuring heavily in Immerse; a mixed media experience that ran in Adelaide during November 2021. Immerse’s use of MetroMap’s 2D and 3D products shows the versatility of high-quality geospatial data to enhance entertainment experiences and that 3D spatial data has great potential in emerging production techniques.

Nathan Bazley, the mastermind behind the event, described Immerse as “an event that brings together the best of technology and performance into one event, and shows the ways we can entertain audiences in the future.”

Aerometrex’s ability to recreate the physical world at high quality and scale through MetroMap 3D data makes it a suitable partner to virtual production projects. The team at Light built the ellipse hardware used for Immersion as a virtual backdrop and stage for streaming 3D content with a set, actors, and film crew working inside it. Large-scale Hollywood productions already use such filming methods and techniques, and will only grow in popularity in coming years.

There are substantial creative, logistical, and economic benefits in virtual production, as Nathan describes:

“Virtual production has a huge future because it allows otherwise impossible shoots to happen. It allows people to create content from real-world locations without actually being there, and imagined locations like sci-fi environments or different planets. It also reduces the cost and the impact of shooting that content, meaning fewer people on set, and shooting more coverage across any given day. It opens up massive creative possibilities quickly and efficiently.”

Nathan explained how the Immersion team achieved this; “Animation is done in real-time in-engine, and we really needed to do that for the interactive elements throughout the show. Within that scene we dropped the MetroMap 3D mesh into Unreal, and used atmospheric lighting effects and particle effects to bring it to life with dynamic lighting, and obviously, full spatial 3D surround sound as well.”

Aerometrex’s 3D reality mesh made it possible to incorporate real-world environments into virtual productions. Using a 3D city model would be otherwise unviable, as Nathan explains:

“Aerometrex’s large-scale and photo-real content is the most efficient way to recreate a scene quickly and effectively, whether for virtual production or for a show like Immersion. Building these environments from scratch would be absolutely impossible. Getting this level of realism and detail into a mesh so large is just impossible for a production team. So really, it enables real-world reflections on digital environments and that's an incredibly powerful tool for any creator to use.” 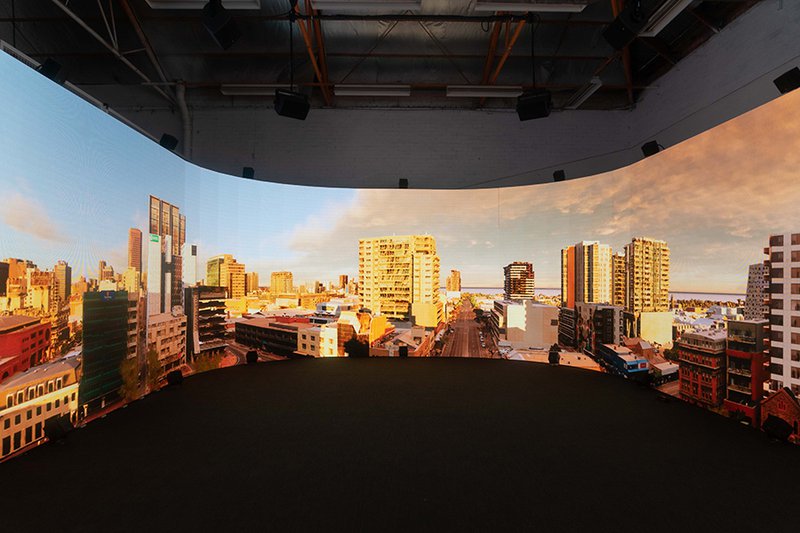 The quality of MetroMap’s products made their inclusion in Immerse possible.

Immersion, the feature event of Immerse, utilised a 13-metre long elliptical screen that wraps around the audience in an elongated capsule shape to show a mixed media presentation that includes MetroMap 3D data. Adelaide’s Light Square, the real-world location of Immerse, is the staging environment for Immersion’s final scenes that fully surrounded the audience with MetroMap’s 3D cityscape.

MetroMap’s high-resolution 2D aerial imagery featured in “World From Above”, displayed on LED screens wrapping around an entire room. The imagery was untouched, straight from the MetroMap platform, illustrating the beauty of Australia from above, and the quality of MetroMap data. 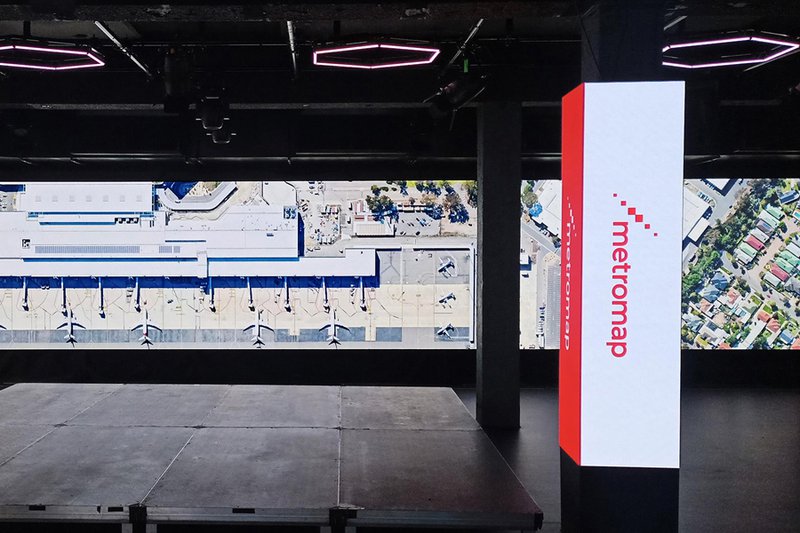 World From Above showcased the quality of MetroMap's aerial imagery.

Aerometrex has the resources and ability to recreate the real-world locations that make virtual production possible. The MetroMap 3D models made by Aerometrex are made at city scale with the option of sub-centimetre resolution for applications such as entertainment.