The 2020 NSW Spatial Digital Twin is part of the Western Sydney City Deal partnership that brought together federal, state, and local government under a set of 38 commitments. The Digital Twin was part of the project’s commitment to coordinating information that supports planning and broader liveability targets.

Data has become its own type of infrastructure, and the NSW Spatial Digital Twin is an asset that will benefit private industries, government, and the public for years. The project has set a standard for how digital twins will be made and used for planning and visualisation.

ABOUT THE DIGITAL TWIN

We at Aerometrex captured and processed the necessary 3D data to underpin the NSW Spatial Digital Twin. It took several months of capturing, processing, and combining the imagery before its delivery to the NSW Government. We're both exceptionally proud of the quality of the product, and impressed with its open-source application. Both the quantity and quality of imagery is reflective of the talent of everyone involved in the project.

We used fixed-wing platforms carrying an array of image sensors to capture an area so large at such high detail. Aeroplanes were the ideal tool for the job, but it’s an intricate task when the busy Sydney Airport is within the capture zone. Our flight crews and route planners worked Aerial imagery is all about balancing image quality and capture time. Drones are capable of very high-resolution captures but their capture times are much longer because of flight time limitations. Satellite imagery is capable of rapid capture times but the publically-available imagery resolutions are far below what we can produce.

The processing task matched the capture for complexity and scope. Our processing team had to turn 1.1 million images, adding up to 28,500 gigapixels of visual data, into usable 3D tiles for Data61 to build into the web portal. 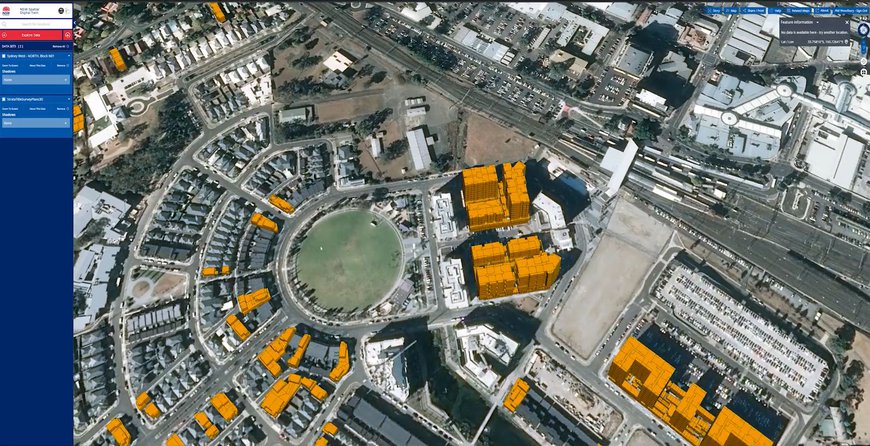 "The Spatial Digital Twin delivers us opportunities across the full lifecycle of our infrastructure." Simon Hunter - Executive Director Smart Places

“To have over 3,000 square kilometres of 3D data on a site that is available to anybody anytime shows that we as an industry and we as a country are leading the way globally with delivering spatial information to those that need it.” Rob Clout, 3D Sales Manager, Aerometrex 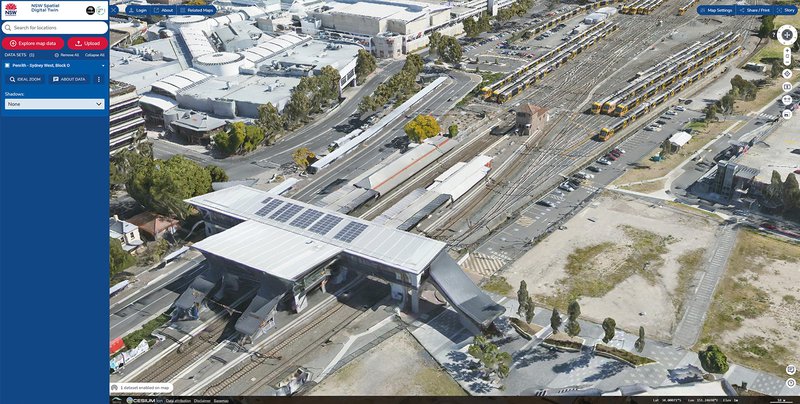 NSW’s Spatial Digital Twin shows the value in making open source assets. They encourage and accelerate economic activity through centralised and consistent data. The idea of Digital Twins has already progressed past the proof-of-concept phase and to a mature product.

Jurisdictions of all sizes are investing in digital twin asset creation because the returns on investment are substantial. Better spatial data improves the multitudes of activities that involve the alteration of structures and space. We're seeing significant growth in interest for digital twins.

LEARN MORE ABOUT OUR MODELLING WORK

We have both off-the-shelf city models, and a custom clipping 3D data through MetroMap 3D store where you can select and download specific sections of Australian capital cities.

Contact us if you need more information on Digital Twins