Supporting the Future of Electric Aviation

Aerometrex is proud to have supported the record-breaking efforts of South Australia-based Eyre to There Aviation, who achieved a world endurance record for an electric aircraft.

Led by Eyre to There Managing Director, Barrie Rogers, the team set the overall endurance record of 1,350 km for an electric aircraft, beating the previous best of 750 km, set in 2020 in Germany. On the way, they also set world records for longest over-water flight (30.8 km), furthest distance flown in a 24-hour period (330 km), and fastest speed between waypoints (177 km/h ground speed).

Aerometrex is keenly interested in aviation technology and how the efforts of Eyre to There Aviation show what will be possible in the future for electric aircraft. 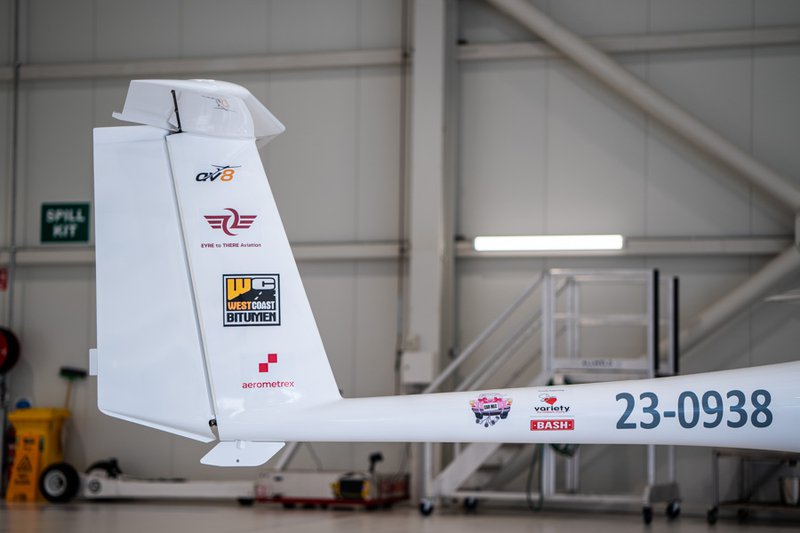 The record-setting flight path took in 16 locations between departing Parafield Airport and returning to Adelaide Airport.

“Because we can only fly about 125km before having to recharge, we’ve been landing in some pretty remote locations, including dirt airstrips at Corunna and Nonning sheep stations on the Eyre Peninsula,” Barrie says

The Eyre to There team battled harsh climatic conditions, from strong winds to sub-zero morning temperatures in their pursuit of the record.

“It’s been a mammoth effort by everyone involved to achieve this incredible feat. The weather hasn’t exactly been on our side – we had ice on the wings one morning and were grounded in Port Lincoln due to an intense low-pressure system,” Barrie adds.

“On the plus side, the aircraft and the recharging systems have held up incredibly well. It has gone a long way to proving the endurance and reliability of the Pipistrel Alpha Electro plane.”

It took considerable teamwork to achieve the record-breaking flight. There were three pilots in the flight team, five on-ground support crew members, a second petrol-powered support plane, and two vehicles carrying recharging equipment for the aircraft. 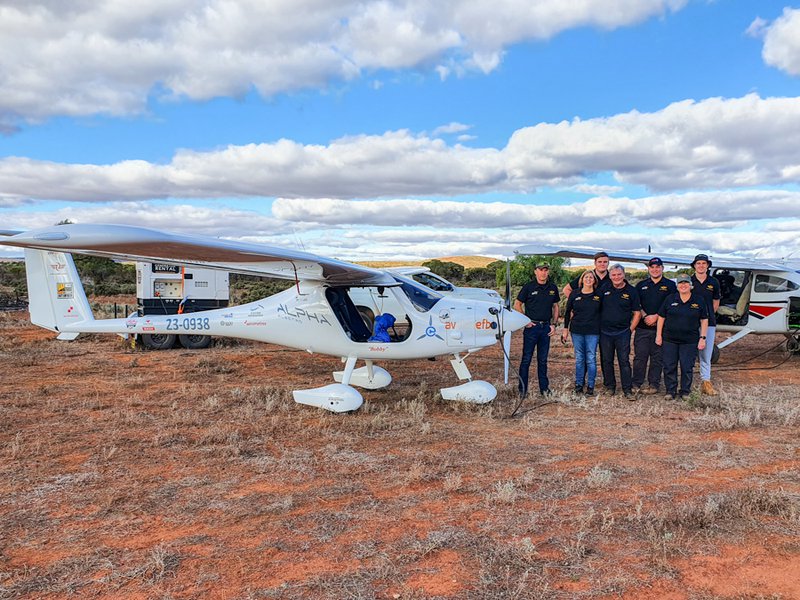 WHAT DOES THE FUTURE HOLD?

Barrie Rogers has more than records on his mind, though; “This record attempt will further demonstrate the overall viability of this aircraft, with a view to one day setting up an assembly line in Adelaide producing up to 40 aircraft per year,” he says.

“Electric aircraft are cheaper to buy, cheaper to run, significantly quieter and don’t rely on fossil fuels. They are ideally suited for short-range flight training activities. We want to be able to say to a student, at some point, in the next few years that you can learn to fly and get your entire licence in one aeroplane, rather than conversion to petrol to do your cross country flying. So that's really where the company's heading." 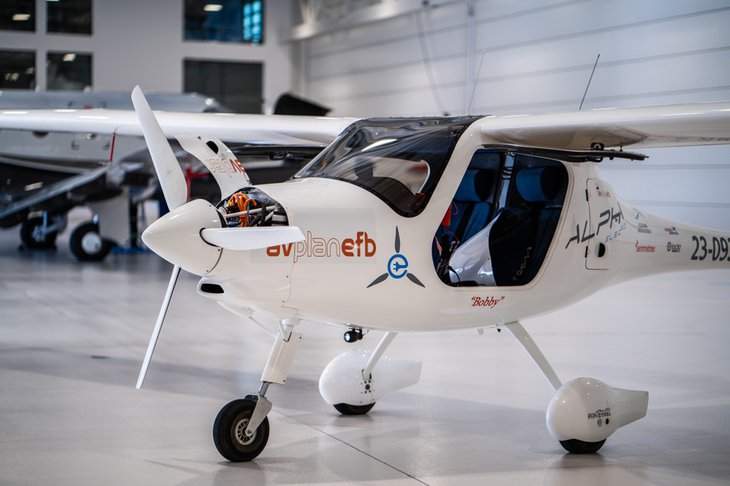 The Pipistrel Alpha Electro is the world’s first and only serially produced electric aircraft currently approved in Australia for flight training by the Civil Aviation Safety Authority.

The Slovenian made Alpha Electro has a 60+ kW electric motor that weighs only 20 kg powered by a 21 kWh battery pack. With a cruising speed of 85 knots (157 km/h), the lightweight aircraft’s range is one hour, plus a 30-minute reserve.

Learn more about Eyre to There