The CASR Lab does extensive head-bonnet collision testing to assess new car models entering the market for safety. The limit of deformation of the car’s hood is determined by the gap between the hood and the engine block. Measuring this gap requires extensive 3D modelling of both the hood and the engine block and experimentally testing the deformation at all the sample points requires up to 20 bonnets. In order to augment the direct measurements and destructive testing regiment the lab is interested in acquiring accurate 3D models of the vehicles. 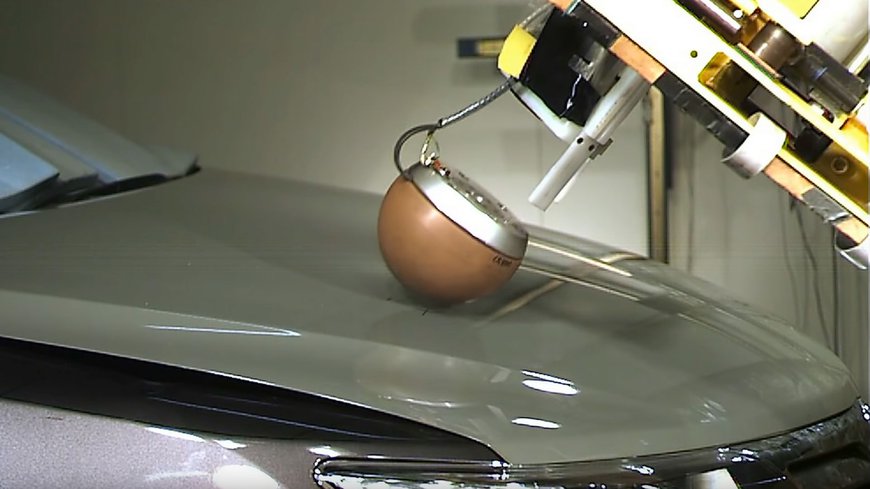 This video shows a simulation of a pedestrian impact. The head impactor is fired at 40km/h on the bonnet to determine the likelihood of injury. An upper leg impactor assesses the likelihood of pelvic fractures and the full leg fired at 40km/h at the vehicle bumper assesses the risk of lower leg and knee injury. An accurate 3D model of the car with and without bonnet is useful to extract measurements of the clearance between the bonnet and the engine.

Cars are a difficult object to model using photogrammetric techniques due to the specular paints typically used and the lack of features on the surface which help in generating tie-points and performing measurements. This problem was circumvented by projecting a texture onto the bonnet using a projector and photographing the resulting surface. Choosing the texture to have a feature rich pattern with high contrast helps in capturing the geometry accurately. Data capture were also performed using the low-cost structured lighting based PrimeSense sensor for comparison with the photogrammetric models. The PCL generated surfaces were smoother and had less detail than the photogrammetric model, however the capture process was much easier and instant review of the captured model helped fill in occluded areas.

The results are quite encouraging and gives the crash testing lab tools in addition to their laser measurements and high speed videos of destructive tests. Accurate 3d models of the bonnet also help in finite element based deformation modelling.

The next steps will be experiment with non-rigid structure from motion and create a 3D model of the deforming bonnet during a collision test using single or multiple high-speed cameras.