Key factors to consider when choosing between aerial & satellite imagery

Aerial Imagery and Satellite imagery both offer users a view of the ground and its features, objects from above. They can both be used for a range of applications wherein geospatial data is required. While both technologies can produce digital imagery, aerial imagery is largely used across commercial applications, and satellite imagery for large-scale scientific applications.

The gap however between these two usually complementary mapping technologies is getting smaller as both satellite and aerial imaging systems have benefited from great technological improvements over the years. These technologies can even overlap in terms of resolution, meaning that other factors such as accuracy, acquisition and processing time need to be considered.

It is important to make an informed decision about which technology to choose for a project requiring spatial data after considering all aspects of your requirement. Both aerial imagery as well as satellite imagery possess unique characteristics and strengths which are highlighted in this article. Without going into the detail of specific sensors, we present some of the main parameters to consider when making a choice between high resolution satellite or aerial imagery. These parameters are: 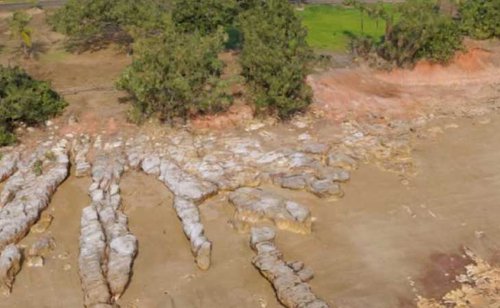 With the development of large format digital aerial cameras, it is possible to capture via aerial platforms, a large project area with extremely high resolutions, suitable for engineering surveys and similar projects. Most of the aerial imagery demanded by commercial organisations ranges between 10-15 cm and can go up to as high as 2.5 cm depending on application. The large format aerial cameras can capture larger frames which ensures that less runs are needed to map an area.

Most new earth observation satellites can now capture images at sub-metre resolution. Restrictions apply for civil use and 30 cm is currently the highest commercially available resolution. It is important to note that very high-resolution satellite imagery falls in the mid to low end range of digital aerial imagery resolutions.

Aerial acquisition aircraft offer the flexibility of being fitted with a wide range of sensors such as multispectral, hyperspectral, thermal, and other survey sensors. Most aerial cameras offer a fourth near-infra-red band of imagery as well as standard RGB bands. Normal aerial surveys are captured with full stereo mapping capability (60-80% forward overlap between images), and 30% side overlap between runs. This enables a wide range of value-added products to be generated to a high degree of accuracy including Digital Elevation Models (DEMs), Digital Surface Models (DSMs), contours, orthophotos and 3D GIS feature data capture.

A big advantage of using aerial imagery is the flexibility to plan data acquisition according to the local weather conditions and take every opportunity to fly in cloud-free conditions. It is also possible to fly under cloud cover with minor corrections to be applied during post-processing. This guarantees cloud-free data delivery. Due to low altitude acquisition, aerial data does not suffer from atmospheric effects which can impact the quality of data in satellite imagery.

Apart from SAR (synthetic aperture radar) satellites which can acquire data regardless of cloud cover and illumination conditions, most satellite providers do not guarantee completely cloud-free imagery. An image is considered valid if cloud cover is less than 10-15%. Cloud free coverage, especially in the tropics, can be very difficult to obtain. Corrections also must be applied to remove atmospheric effects and haze.

With improved quality of large-format digital aerial cameras, airborne GPS and post-processing techniques, the absolute accuracy of aerial imagery is getting better and better. A typical horizontal accuracy of two pixels can be expected for aerial imagery. 3D features and DEM data can be determined to an accuracy of approximately one pixel in height.

High resolution satellites location accuracy is usually around 10m to 20m without ground control points, but this value is improving with new satellites coming up. With a network of GCPs the accuracy can be improved to a few metres.

With improved quality of large-format digital aerial cameras, airborne GPS and post-processing techniques, the absolute accuracy of aerial imagery is getting better and better. A typical horizontal accuracy of two pixels can be expected for aerial imagery. 3D features and DEM data can be determined to an accuracy of approximately one pixel in height.

High resolution satellites location accuracy is usually around 10m to 20m without ground control points, but this value is improving with new satellites coming up. With a network of GCPs the accuracy can be improved to a few metres.

With the development of new large-format cameras, it is possible to acquire a large amount of data with a minimum number of runs. The processing time will depend directly on the number of frames but with advances in computing technologies such as cloud computing, processing time is decreasing. Aerial acquisition allows the capture of time-sensitive events as the acquisition team has full control over when the aircraft can fly and allows capture during specific windows of opportunity.

High resolution satellites can acquire a large amount of data in a timely manner anywhere in the globe. The images acquired are processed quickly due to their small number. More satellite constellations are being developed to increase coverage, however, to capture a specific area, a delay of one to three days occurs due to the way satellites orbit the earth. Considering cloud-cover, it can be difficult to capture time-critical events.

The cost of an aerial acquisition survey is not simple and may vary depending on many variables such as mobilisation cost, resolution, accuracy.

Satellite acquisition costs are usually more straightforward to calculate than aerial imagery costs. The price will not change normally for a specific location to be captured. Therefore, pricing can directly be found on many satellite data providers’ websites. Depending on the tasking emergency an uplift of up to 100% can be added to the cost of acquisition.

Top 5 Recommendations when choosing between satellite and aerial imagery: